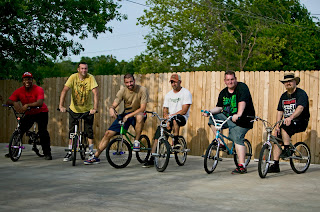 In Celebration of BMX Freestyler turning 7 years old this month. I decided to take a Texas Round Trip during the month of July. The first stop on my trip was Arlington,Texas. Just when I thought I have met everyone in Texas that rides flatland there appear more. On this trip For the first time I met Aaron Remkus and Charlie Biel. 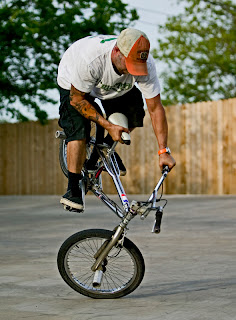 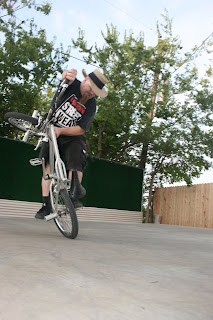 Charles Biel
Photo by Rad Dad
The entire day was filled with riding under the sun at the Enchanted Slab. Personal riding spot for Will Redd. He donated London Bars to the Hitchhiker Juggler Contest. 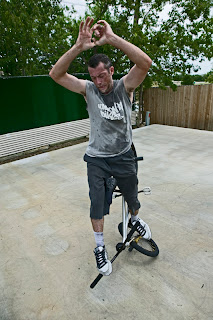 ﻿
Will Redd
Photo by Aaron Remkus
The question of the day was if we were ever going to take time to watch dorkin' 10. Well since we never got around to it. Will and Nikola were dorkin' on the enchanted slab. 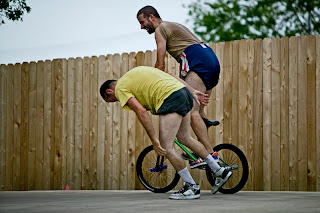 Photo by Aaron Remkus
I had not seen Clint since the off the chain video in October 2010. It was great to see him back on the bike. While I was there he threw in $20.00 to the Hitchhiker Juggler Contest﻿ 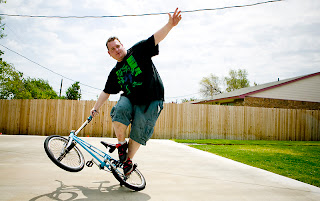 Clint Majors
Photo By Aaron Remkus
I originally met Nikola back in 2006 at the Pirate Jam He just recently threw in $30.00 for the Hitchhiker Juggler Contest as well. 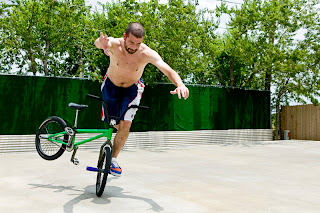 Nikola Olic
Photo By Aaron Remkus
It was very hot and the Texas Sun was beating down on us really good. I ended up riding with out a shirt and hat trying to cool down. 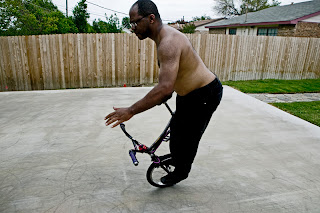 Rad Dad
Photo by Aaron Remkus
I will be dropping new video at the end of the month with highlights from the road trip. More photos will appear on the Facebook Fan page.
Stop #2 will be in Houston,Texas on July 16, 2011 at the Adiar Park.
﻿
Posted by Mark "Rad Dad" Dandridge at 3:35 PM