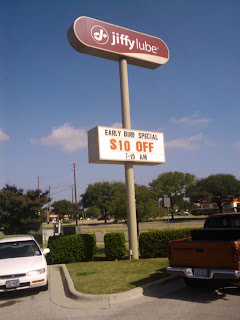 I am far from being in celebrity status. Its not every day that I am recognized doing everyday things like getting my oil changed. Travis noticed the bmx related things I had in my car and asked what kind of frame I had sitting there. As we were talking and I told him that I ride Flatland BMX he all of a sudden had a perplexed look on his face. I then told him that some people call me Rad Dad and then he made the connection! He then told me that he had seen videos I had made that Fat Tony had posted on Ride BMX! He rides Street and Dirt but he keeps tabs on the Flatland scene as well. That was music to my ears as we procceded to talk about Aaron Ross, Matthias Dandois and Terry Adams. This 100% Made my day so complete. This was the first time I was not at a BMX event that someone reconzied me from a web video that I created and was in.

Big thanks to Fat Tony for putting up those videos like How to Karl and How to Hitchhiker on Ride BMX.
http://bmx.transworld.net/1000104417/how-to/how-to-hitchhiker-with-rad-dad/ 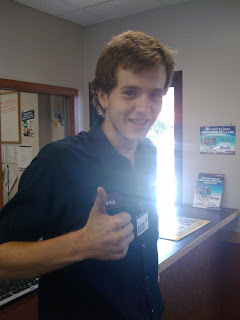