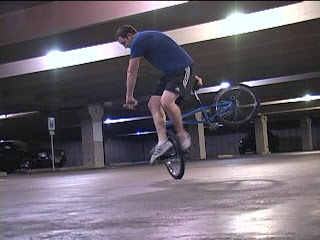 On September 3, 2010 Adam DiClaudio hit a new switch into Half Packer. Filmed by Josh Duffek the very first one ever hit was on film as well. Adam gives credit to Vicki Gomez for this switch. He calls it a Steamroller underhand barflip 360 pivot to halfpacker!
Adam Says "Just wanted to put it out there that this is Vicki Gomez's trick, and I learned it cause I liked it and it looked fun/hard. I would like to dedicate this to Vicki. I appreciate his originality immensely."
·