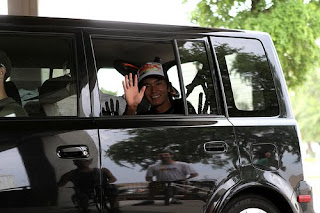 Photo By Kelly Baldwin
On May 29, 2010 the very first McDuff jam was held in Austin, Texas. We had the honor to have the one and only Shintaro Misawa from Tokyo, Japan join the event. Many spectators and riders from all over Texas and surrounding states came to participate in the days events. There were memories that were generated that will last a life time.
Team McDuff is a joint effort between founders Jim Mckay and Josh Duffek. They were sitting around talking one night about how cool it would be to have Shintaro show up to Austin, Texas. So they offered to pay his air fair but Shintaro had already really wanted to come to Texas and just happen to have some money stashed away for a ticket. The next thing I knew I was getting messages from Jim and Josh saying that Shintaro is flying to Austin, Texas for the MC Duff Jam. 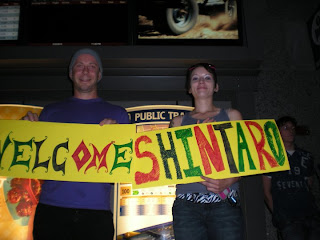 photo by Team MCDuff
Shintaro’s flight came in on Wednesday night and he had a big welcome by Team McDuff. He stayed at the McDuff house and rode for 4 days with the ATX Flatland Crew. The official day for the jam was on Saturday but every day was taken advantage of to ride together. On the very first night Shintaro caused a burning ember with his pegs. It was a very cool thing to see. I for one have never seen that happen before. 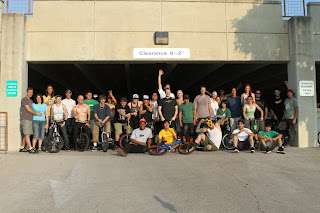 Photo By Kelly Baldwin
The day of the McDuff Jam there were around 40 riders/spectators through out the day. We even had Red Bull provided for the event. Special thanks to Keith Peterson for making that happen. Team Mc Duff and Tod Miller provided BBQ food for the day and it was cooked up by Ruben Castillo, Tod Miller, Jim Mckay, Josh Duffek and David Larocca. Photos are provided by Kelly and Monique Baldwin.
The DVD version of the MC Duff Jam 2010 will be made available soon.