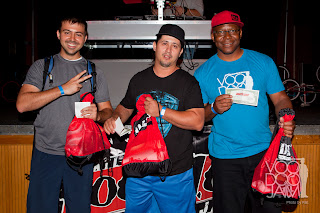 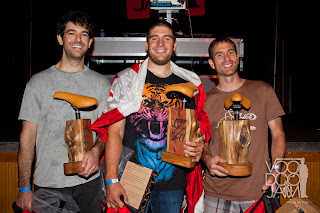 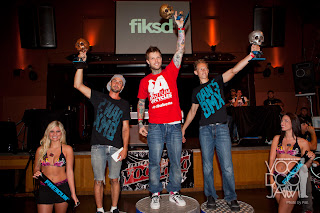 After a two-year hiatus the Flatland Voodoo Jam returned to Generations Hall in New Orleans, Louisiana. Just as expected, both the floor and balcony were filled to capacity and the energy was at an all-time high as more than 50 riders from eight different countries competed in the Veteran, Amateur, and Pro classes of what was no doubt the most anticipated flatland event on North American soil this year.

With event organizer and industry icon Scott O'Brien on the mic, and former BMX rider and local DJ MKULTRAsound on the turntables, the nightclub atmosphere came to life and gave both the riders and spectators a New Orleans experience they will never forget.

In the Amateur class, Canada's Mark Kuhlman of Team Pralex fame took his first big win at an international event and earned him the chance to ride again in the pro class where he held his own, put together his best run of the night, and finished in a respectable 12th place.

The Pro class was stacked with talented riders, and with a one-run qualifying format, just making it into the ten-man finals was a feat in and of itself. Of the ten who moved on to the finals, the top five rode for a third time and went head-to-head in a battle-style super finals of sorts to fight for those coveted spots on the podium. When the dust settled, Dominik Nekolny out of the Czech Republic took the top spot with the U.S.' Matt Wilhelm and event co-organizer and local hero Terry Adams rounding out the top three.

Email ThisBlogThis!Share to TwitterShare to FacebookShare to Pinterest
Labels: Voodoo 2012