Trick of the Month Filming Steamroller

Today at the O.G. Jim McKay of Flatstyle offered to film for me for Trick of the Month. He had the great idea to ride on top of the OG so we would have a different view than we are used to filming in and we could get some of the sky line in the video. 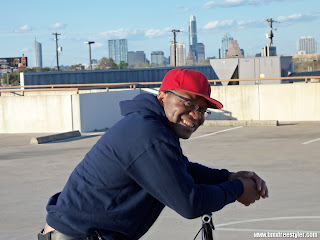 Jim broke out his camera equipment and we went to work filming Steamrollers and different tricks into steamrollers. There was one link that I started that just never would fall into place. I was ready to give up but Jim said no you have to land it. You have gotten to close. So after several more attempts I was finally able to pull the trick. 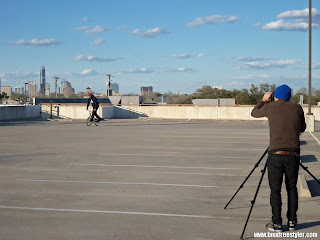 I was so exhausted that I just needed to take a break from riding and just lay on the ground. It was a fun filming session. I got a few trick in for the day. The footage is at the flatstyle studios 2012. Stay tuned. 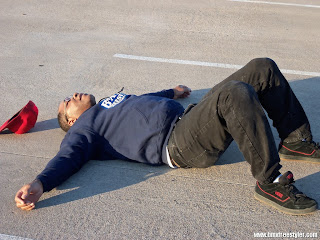 Big Props to Jim for taking the time to film and Donna for taking some photos.
Posted by Mark "Rad Dad" Dandridge at 7:32 PM

Email ThisBlogThis!Share to TwitterShare to FacebookShare to Pinterest
Labels: Trick of the Month 2012