Trick of the Month 2012 Edition 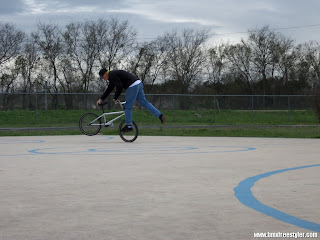 Trick of the month as been a staple of BMX Freestyler since it started in 2004. We took a year break in 2007 but brought it back again in 2008 and was going strong every year. There were serveral success stories and small victories in the community of riders. But due to what seemed like a lack of interest the first 2 months of 2012 Trick of the Month was deactivated and taken out as a feature link. Major props to Global Flat khe killah for sparking a interest again in the community I am proud to say that it is indeed coming back for 2012. The list is now out and you can start filming and sending  in your submissions each month. Here is the list for the year.

Special shout out to Vic Roman who works hard to keep things going as well. Your motivation is very much appreciated!

Email ThisBlogThis!Share to TwitterShare to FacebookShare to Pinterest
Labels: Trick of the Month 2012